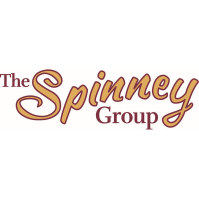 The Spinney Group, owner and operator of more than 650 market rate apartments in the region, including Adams State and The Spinney VanDyke in Bethlehem is continuing to push the green envelope.

Recently the property company was approved by the Ballston Spa Planning Board for a 5-megawatt solar array. While the company doesn’t have any apartments in the area, the solar array can assist homeowners and businesses who don’t have the means or space to install panels on their own property.

What is know as a “community solar farm” will be situated on 65 acres. Utility customers who sign up with community solar partners can save money by getting a credit on their electric bills.

The Bethlehem Chamber of Commerce has a partnership with Energy Now Consultants, which is an example of one of the partners  which can currently assist Chamber member businesses and residents with this type of credit. There are a number of companies that are available and can be research on the New York State Energy Research and Development Authority (NYSERDA) website.

According to NYSERDA, New York has the largest community solar market offering in the country, at more than 1 gigawatt of installed community solar. That’s enough to serve more than 200,000 homes.

The Ballston solar farm is expected to receive up to $1.6 million in incentives when completed next year, according to NYSERDA. The overall project will cost nearly $13 million.

Because of the nature of the electric grid and solar farms, there is no way to direct the electricity generated at the Spinney solar farm specifically to its apartment owners, however, by adding more solar to the grid, more people can take advantage of green, renewable energy.

Still, tenants will have the option to sign up for community solar offered by The Spinney Group. It's too early to say how much they could save on their electric bills, but The Spinney Group CEO Morgan Ruthman estimated it will be 5-10 percent.

"We want to provide our tenants with a complete offering," he said.

Tenants in many of the units owned by The Spinney Group have access to electric car chargers at the complexes, as well as new all-electric heating units.

Ruthman worked on the plans with Renovus Solar of Ithaca, which has installed thousands of solar systems in New York over the past 19 years, according to the report in the Albany Business Review.

The projected output from the 5-megawatt solar system is about the same amount of energy consumed annually at all of The Spinney Group's rental units, commercial properties and common areas, based on a load analysis that was done with assistance from National Grid.

"It's a strong step toward decarbonization," Ruthman said.